I originally picked up Grimm’s Hollow for what I thought would be a short spooky themed game to get me into the halloween spirit back in October; however, I ended up finding a much more heartfelt and sweet little RPGmaker game. It’s only about 3 hours to play start to finish, and that’s for a complete playthrough, but I feel that the short length plays to the game’s strengths. It doesn’t last long enough that anything becomes too repetitive or tiring and it instead has a strong focus on it’s few but memorable characters and emotional story.


Despite Grimm’s Hollow being about death and the afterlife, the art is very cute, and adorably spooky with a strongly purple colour palette. One touch that I really loved was the recovery items. The shop is a little bakery, and in keeping with the theme of the whole game, everything has cute skulls on it or is shaped as little ghosts. 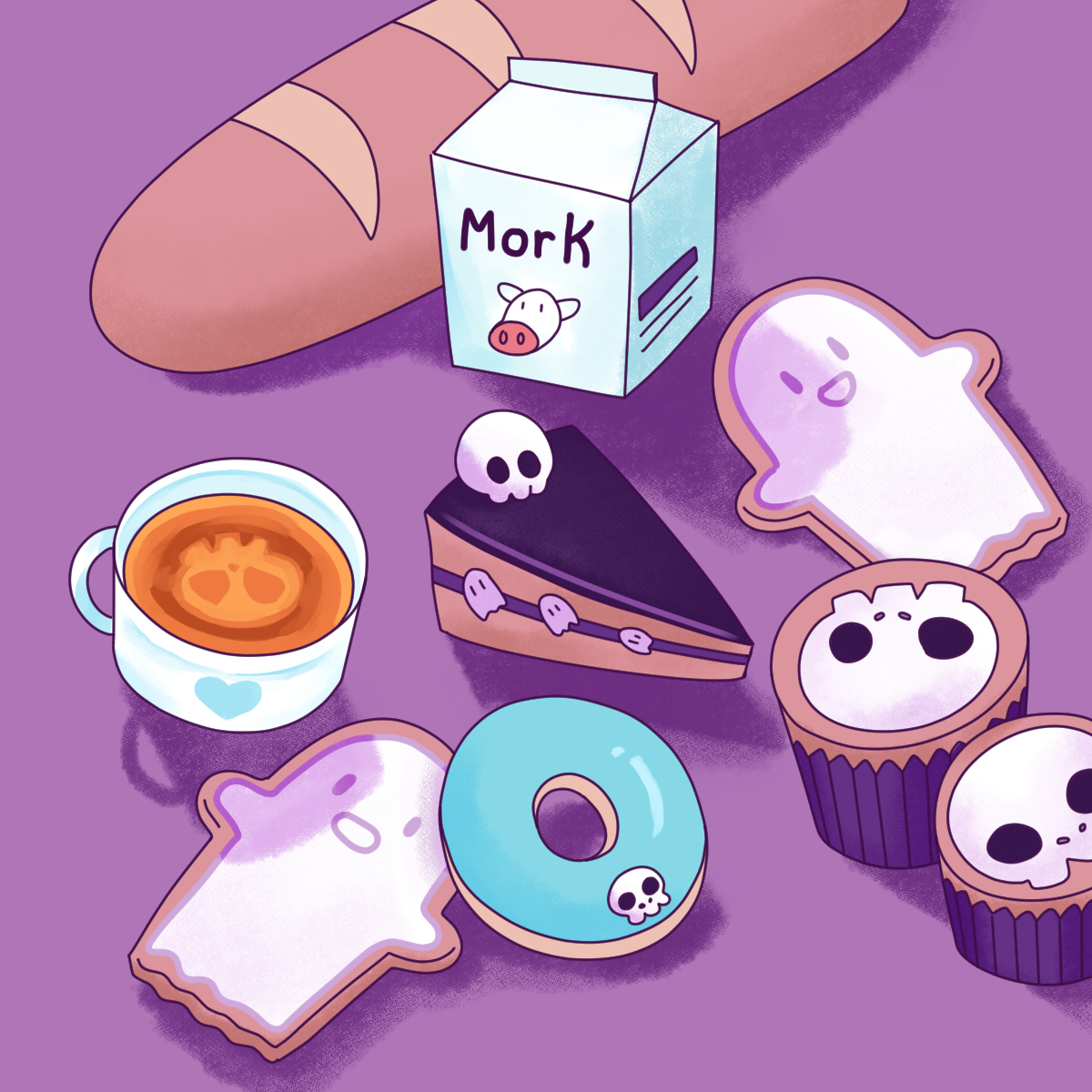 
As for the soundtrack, I think it’s quite nice. With 23 tracks, it’s a lot more dense than expected. Each track won’t be sticking around for too long, with each area having its own track and a battle theme. If I had to choose one of the three, I'd have to go with First Reaping. It's got a nice bounce and energy to it and a bit of an odd ghastly touch with the synths. Which I think really fits the game’s theme nicely.


We follow Lavender, a young girl who has recently woken up in a strange house and surrounded by people in hoods and masks….and balloons? It’s revealed rather quickly that Lavender has died and come to Grimm’s hollow due to her spirit not being strong enough to move on. Now, she must become a reaper, but more than anything, she just wants to find her brother. It’s a simple story, but there's some fun twists along the way, as well as multiple endings.


Being an RPGmaker game, Grimm’s Hollow doesn’t offer anything revolutionary in its gameplay and is fairly standard. I had a bit of trouble at first remembering to hit down for Lavender’s swing of her scythe, but aside from that, there were few issues when playing. The basic scythe swing is a timing based attack which charges the special gauge, making it pretty much always the first move in every battle; however, it stays fun by constantly throwing in new ghost types to reap. Overall, there are over 20 types of ghosts, each with their own attacks and special attributes.

Every ghost drops Spirit Energy (SE), even if you fail to reap them. This doubles as both the currency for the bakery where you will buy adorable baked goods to heal you, as well as the points needed to fill Lavender’s spirit. The game doesn’t level you up automatically after battle, but instead requires you to manually select which aspects of Lavender you want to strengthen via a skill tree in the menu. It’s important to note that each attribute square only strengthens that one aspect, so health, attack, defence, special and speed each need to be upgraded individually. This is also how you might unlock Lavender’s other abilities like red, purple, or blue flame, which is stronger against certain ghost colours but ineffective against others. Be advised that the state of Lavender’s spirit (either complete or incomplete) determines which ending you will get. So if you’re the type to want to see every ending, I suggest not filling out Lavender’s entire soul before the final battle. 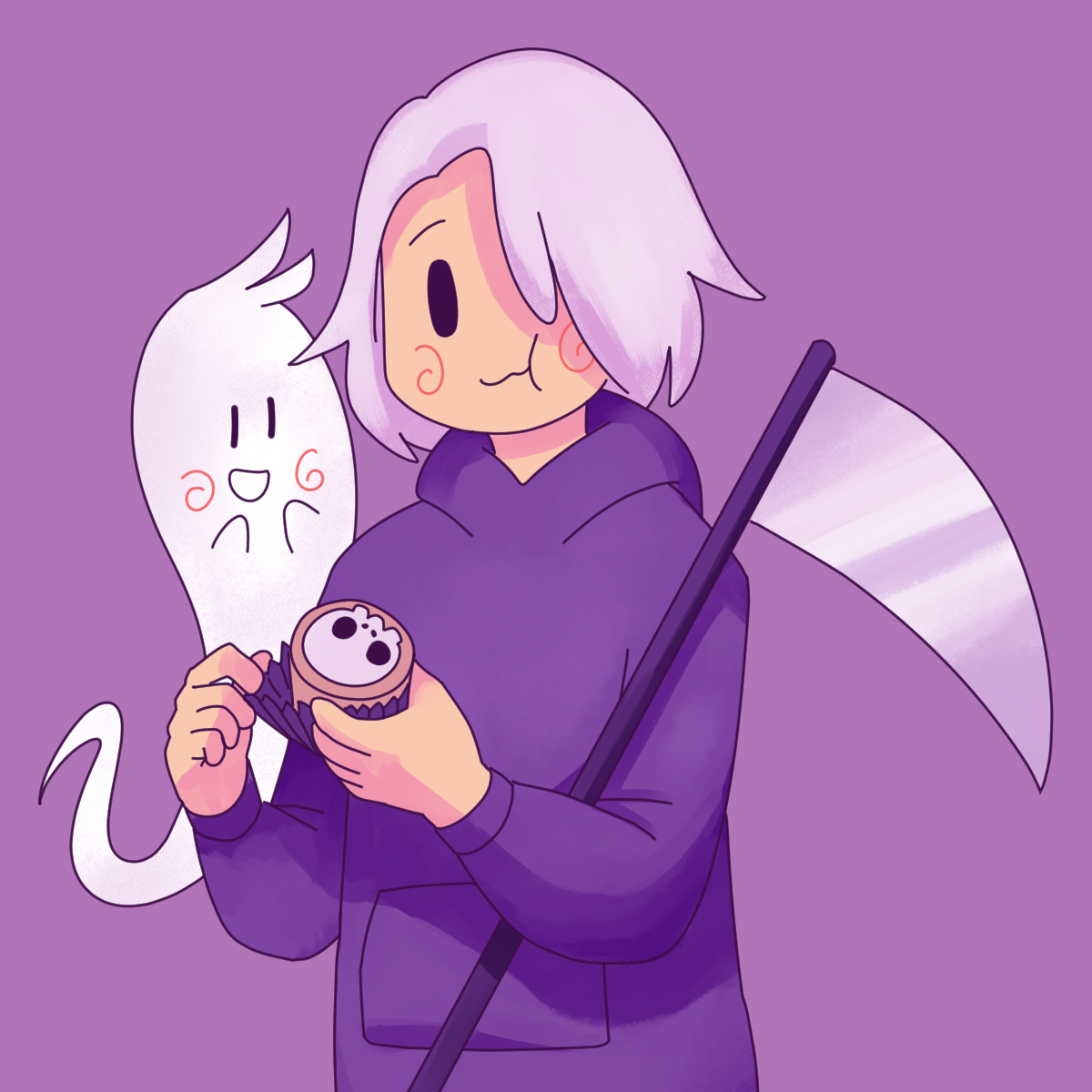 
At a current price of free, I can’t help but recommend this game for anyone looking for a short, sweet, and cute game that doesn’t overstay its welcome and keeps a good focus on its strengths. It’ll only take you an afternoon to get through, so give it a shot! You can check it out on both Steam and Itch.io!


You can also check out the soundtrack via bandcamp.